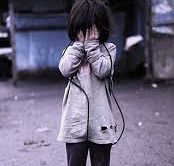 In October 2010, the chancellor Angela Merkel claimed that attempts to build a multicultural society in Germany had "utterly failed". From the perspective of children like Anita, Sedat and Nasmija, born and raised in Germany by parents who had fled the war-torn Kosovo at the beginning of the 1990's, the statement makes no sense. For them, there is no question about their nationality: they are German. Fifteen months ago, Sedat and Nasmija were deported from Germany. They are now bound to bear the inhuman conditions of a refugee camp in Kosovo.