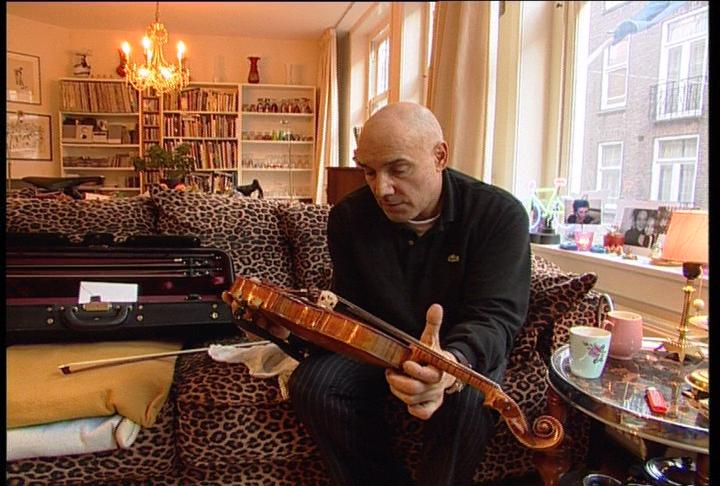 Film maker Bob Entrop followed the remarkable violinist Nello Weis Mirando for one full year remarkable because Nello is only capable of playing the violin with just two and a half fingers, due to a spinal condition he was born with. Nello started playing as a kid, together with his dad and uncles, with the (Koninklijk Zigeuner Orkest Tata Mirando) Royal Dutch Gypsy Orchestra Tata Mirando. “Gipsy Music Hurts” is a film about passion, addiction, drama, hardship, suffering, humor, cooking, cycling and a new start. Filmmaker Bob Entrop has been able to capture Nello’s highs and lows, and was there when just before a very important performance, one of his still usable fingers failed on him. Not so long ago, Nello planned his very last concert, his body would not let him go on with what he loved the most. A visit to the Amsterdam Medical Centre gave sudden hope that a surgery could be his last salvation. The film vividly shows that his handicap does not prevent Nello from being a true violin virtuoso. With numerous performances in festivals, in restaurants and on his own 50th birthday, we get a colorful portrait of a man, a musician, addicted to music. This love for, and addiction to music, is the exact reason why he wishes another life for his children. For, to make music, is to hurt and to suffer.